Its unique geographic shape (resembling a rising Asian dragon), breathtaking natural beauty, deep-rooted traditions, and resilient people make Vietnam a fascinating country to explore. Descendants of the Mongols from China and migrants from Indonesia, the Vietnamese were ruled by foreign imperialists for hundreds of years before finally achieving unified independence under a Communist regime in the 1970s, and the culture reflects a unique blend of the Chinese, Japanese, French, and American colonial influences. Traditional Vietnamese culture focuses heavily on family and community and celebrates a long artistic heritage including water puppetry, calligraphy, and innovative cuisine, as well as music, dance, and architecture.

Years of isolation and inefficiency led to substantial economic reforms in the late 1980s that have gone a long way to accelerating the growth of the economy and improved the general standards of education, healthcare, and living. However, Vietnam has a long way to go before it catches up with many of its neighbors in Southeast Asia. Though Vietnam is now considered a “middle-income country” about 70% of the population still lives in remote, rural areas with little public infrastructure. Our service work in Ho Chi Minh City, formerly known as Saigon, is a fantastic introduction to all of the ethnic, cultural, and economic diversity of this geographic wonder that is Vietnam.

what you will remember … 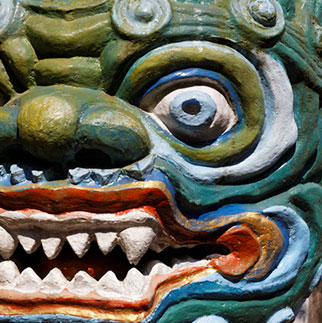 There is so much to take in — from the natural beauty of the World Heritage sites to the peaceful gardens and royal palaces, in the everyday artistry of the colorful cuisine and intricate craftsmanship and the exotic exuberance of the traditional festivals. The Vietnam tradition is one of careful artistry and attention to detail only rivaled by the geographic beauty of its landscapes. 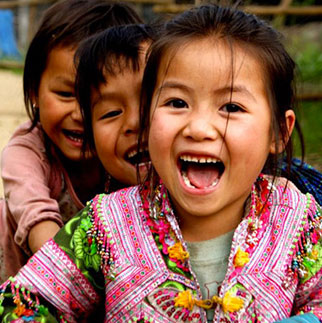 Vietnamese are universally friendly! Polite and considerate to a tee, they are also welcoming and enthusiastic in embracing visitors to their country. Vietnamese are eager to share the beauty of their country and to learn about the world beyond. You will be greeted by smiles wherever you travel and it is those brilliant smiles that will remain in your memories. 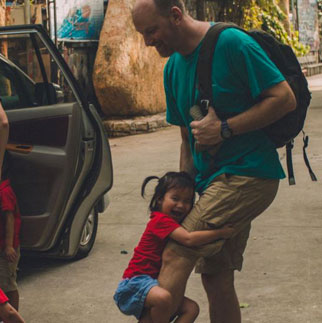 At once both fast-developing and still underdeveloped, Vietnam lacks much of the infrastructure many of us take for granted and young people are some of the most impacted. Orphanages are commonplace and many of our projects find us working to support these children, greatly in need of love and attention. You will quickly grow attached to these young children whose futures you will make brighter.

Projects are based on community needs and vary from trip to trip. Here are examples from recent trips.

Check out some of our upcoming trips.